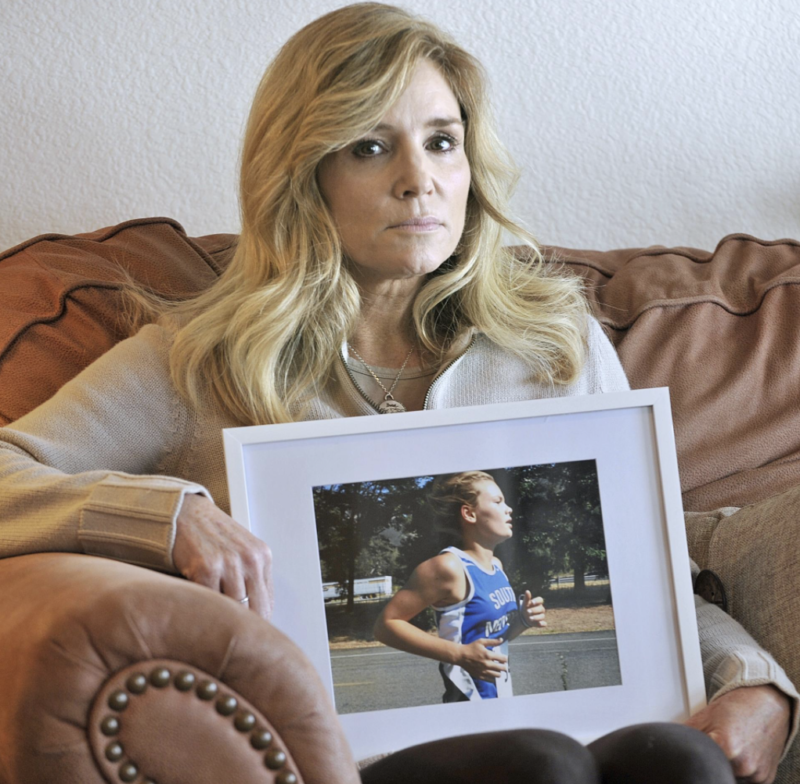 A Run for Grace – Mail Tribune

This article is from the Mail Tribune and can be viewed here.

The Medford teenager rescued and cared for animals. She helped foster kittens and was crazy about Sanctuary One, her mom Susan says.

Grace embraced nature, gardening, arts and cooking, and she especially cherished summer camps that involved those hobbies. She wanted to be an elementary school teacher.

“She was the kindest kid you’d ever meet,” Susan says.

Why 15-year-old Grace committed suicide on Jan. 3, 2016, is a conundrum Susan can’t solve. But through anguish she’d never encountered before, Susan had a moment of clarity and realization.

“It’s hard,” says Susan, a health and PE teacher at Hedrick Middle School. “It’s really, really hard. But something good has to happen out of this tragedy. I tell my kids that there is nothing more important than being a kind human being. Grace exemplified that.”

Fees for adults are $15, students $7 and T-shirts $10, with funds set to help area children attend summer camps. Those who attend don’t have to compete. To register, visit http://tinyurl.com/zo5m7rw or sign up on site Saturday. For more info, call 541-601-8951 or email hutch10@gmail.com.

The road run begins at the school and extends from Griffin Creek Road toward South Pacific Highway and back.

The theme of the event is “kindness matters.” It’s something Susan believes Grace would like. Her daughter was an A and B sophomore student at South Medford High who did not party and who participated in a number of productive activities, including cross country, Susan says.

“She had told us five months before that she was depressed and didn’t understand why because life was so wonderful,” Susan says. “There were no previous attempts. She didn’t talk about it. … There is so much more to know about suicide.”

Susan says her perception on the subject has changed drastically.

“I teach health,” she says. “I thought I knew about suicide. What I thought is not what happened. All the signs can’t just be put in one box.”

Susan says at least 300 participants are expected. People who attend can paint rocks with messages on them to keep for themselves or to place somewhere for others to see, Susan says.

“You can paint them, write a note,” Susan says. “Grace was all about being kind.”

Hutchins was one of the driving forces behind Run with Grace 5K.

The hope is to use the money generated from the run and funds raised by sponsors to allow scholarship recipients to attend summer camps, Susan says.

“We want to help kind kids who don’t have the means to go to awesome camps,” Susan says. “We don’t want to have to make people fill out applications or anything, but we’re hoping we can use recommendations.”

Susan feels Grace would appreciate seeing someone else love life.

“She was an angel on Earth,” Susan says. “She just wanted good for people.”

Reach reporter Dan Jones at 541-776-4499, or email djones@mailtribune.com. Find him online at twitter.com/danjonesmt

Run with Grace 5k is a memorial run honoring the life of Grace Holt. Funds from the event go towards a scholarship fund.

Grace and Kindness Scholarships are determined simply by two factors…the students must be exceptionally kind and have a financial need.